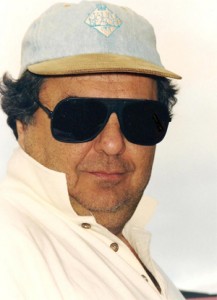 Guy Magar was nine years old when he left Egypt in 1958. His family immigrated to the U.S., where he grew up in Middletown, New York. Graduating from Rutgers University with a B.A. in philosophy, Guy began his film career at the London Film School. Soup Run, his first short about the homeless, won a Special Jury Prize at the 1974 San Francisco International Film Fest.

In 1978, Guy relocated to Los Angeles to attend the American Film Institute. His first dramatic short, Once Upon an Evening (made for $500 at the AFI) earned him a seven-year deal at Universal Studios. He soon began directing network TV dramas in the action/adventure genre. Guy has over 100 film credits including episodes of series La Femme Nikita, Sliders, The A-Team, Blue Thunder, Fortune Hunter, The Young Riders, Lawless, Hunter, and the CBS pilot/Movie of the Week Dark Avenger. He also directed 35 episodes of the studio daytime drama Capitol. In 1995, Guy was nominated for a Golden Reel Award for his television work on the series Nowhere Man.

Guy’s feature film credits include Lookin’ Italian (starring TV “Friends” co-star Matt LeBlanc and singer Lou Rawls in their first film); Stepfather 3 which launched HBO’s World Premiere Series; and the cult thriller Retribution which will be released for the first time on DVD on its 25th anniversary on Halloween 2011. His most recent feature directing credit is Children of the Corn: Revelation based on Stephen King’s original story for Dimension Films.

Guy is founder of the Action/Cut Filmmaking Seminars, which for the last ten years, has provided the acclaimed “page to screen” industry workshop—a two-day educational overview of the creative filmmaking process. Action/Cut has taught thousands of filmmakers at over 100 weekend seminar events during annual USA and international tours. His seminar is offered as a 12-hour DVD home film course which sells worldwide in stores and online.

Guy is also founder of the annual Action/Cut Short Film Competition, which provides an opportunity for filmmakers to showcase their talents. The one-of-a-kind prize packages are designed to help launch film careers and assist in opening industry doors. Action/Cut was one of the first to stream winning films on the Internet, which can be viewed year-round on its website. MovieMaker magazine reviewed the Action/Cut Competition as one of the “Top 10 Shorts Festival in the World for Filmmakers.”

Guy provides a consultancy service for directors and screenwriters, and private coaching for actors. In 2011, Guy published his memoir entitled Kiss Me Quick Before I Shoot. He can be reached through the contact page on this website or at his Action/Cut Filmmaking Seminars and Short Film Competition website.

Guy lives in the Hollywood Hills with Jacqui, his beautiful wife of 26 years.