In honor of my alma mater, The American Film Institute, and its “Master Class” celebrating the glorious collaboration between Steven Spielberg and John Williams, I salute them as the greatest and most productive divine union between a director and a composer in the history of motion pictures. In their honor, and with utmost admiration, I offer this excerpt from my memoir: “Kiss Me Quick Before I Shoot: A Filmmaker’s Journey into the Lights of Hollywood and True Love.”
(Photo by Adam Rose)

*************
I believe the marriage of film and music is one of the most gloriously natural, most cosmically intended unions in the human experience. Think about how many movies you could identify if you heard just a few chords of their theme music: Rocky, E.T., Star Wars, The Godfather, Gone with the Wind, The Good, the Bad and the Ugly are the easy ones. Wouldn’t you instantly recognize the five notes used for alien communication in Close Encounters of the Third Kind? And these two deep base notes: “DAAA DUMMM.” Anything come to mind? Jaws, maybe? Since he composed four of the above along with so many others, for me and for most filmmakers, John Williams is the reigning lord of composers.

I’ve literally had dreams while making my movies that somehow I met John through my buddy Steven S. (Hey, I was dreamin’) and was watching him score my movie. It sounded awesome! But then I had to wake up! In fairness to the talented composers I have worked with, I am deeply proud of all my movie scores, and very grateful for their dedicated work.

Italian maestro Ennio Morricone’s beautifully haunting flutes and clarinets in The Mission (one of De Niro’s few miscasts) makes it one of the most glorious soundtracks of all time. Ennio also composed all the masterful Sergio Leone Westerns, the ones that launched Clint Eastwood’s career with his infamous character: “The Man With No Name.” One of my special career thrills was working with “Tuco,” the “Ugly” in The Good, the Bad and the 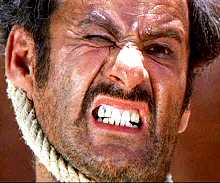 Ugly. The brilliant actor Eli Wallach was cast in the Family Honor series I directed. When I called him “Tuco” on the set, he would give me that evilish, cold-blooded “I will eat your heart out for breakfast!” look with that killer Tuco smile. Eli is a class-act professional. I was privileged to meet him and to work with him. Eli received an Honorary Oscar, on November 13, 2010, at the Academy’s Governors Awards. His latest film role is in Oliver Stone’s Wall Street: Money Never Sleeps. Eli is 95 years of age. A salute, Eli.

I had the great Bill Conti, who did the music for Rocky, at my home, trying to talk him into working for a poor indie filmmaker for the measly salary budgeted on my ultra-low-budget film Lookin’ Italian. I even had my two Italian lead actors there, Jay Acovone and Matt LeBlanc, to sway him to do it for the goombahs since Conti is, of course, Italian. He was very kind, but it was a no-go as he was too busy and gently turned us down. A few months later, he was conducting the orchestra at the 1994 Oscars, a somewhat better-paying gig. Oh well, next time, Bill.

A helpful trick while editing is to temporarily lay down favorite music pieces to scenes and see how they play. For a while, you have the thrilling luxury of using an Elton John or Bruce Springsteen or Rolling Stones song in your movie. It helps not only to set the mood but to discover the right timing of a scene. If your temp tracks work, you can ask your composer to come up with something similar or with the same tempo or structure as those “amazing violins answering the horns” or that “cool guitar riff” in the melody.

The right music marriage is so important in film that I believe it was responsible for a Best Picture Oscar win. Though it is a wonderfully made movie (kudos to its director Hugh Hudson), the instrumental score by Vangelis made Chariots of Fire a huge worldwide 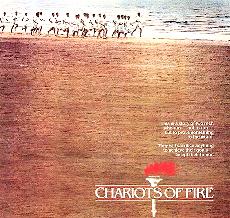 winner in 1981. The theme music played on every radio station across all platforms. In the final Olympic race, the character Eric Liddell (a priest and a 100-meter sprinter running the 400 for the first time due to Sabbath scheduling reasons), throws his head back and (in slow motion) starts running faster than he ever has while the music soars. It is a magical, unforgettable film moment as we hear the actor’s narration: “Where does the power come from, to see the race to its end? From within. God made me for a purpose, but he also made me fast. And when I run, I feel His pleasure.”

With the crescendo of Vangelis’ hero music peaking, that scene was almost enough to convert me right then and there! Music and film are truly one of the great magnificent unions on earth—the closest thing I know to a divine marriage of crafts. You get to create your own magical combo every time you make a movie. It doesn’t get much better than that for a filmmaker.

One Response to SPIELBERG & WILLIAMS: The Divine Union of Film & Music