Raising indie financing for movies is so very difficult and time consuming. It took me 3 years to raise $1,250,000 for my first feature RETRIBUTION and I outline that journey in my memoir.

I was amazed to read that scammers recently raised financing through a telemarketing operation and signing up unsuspecting phone investors to a “filmmaking venture” that turned out to be an embezzlement rip-off. How can people be so naive to invest a dollar in a cold-calling scheme that promised a 1,000% return on a film investment? Wouldn’t that percentage ring a warning bell in any rational ear? Nobody heard of ole Bernie Madoff?

It is so difficult to raise money for risky indie films of which 90% never make their money back, how can you make enough calls to raise funds for a $15 million slate of films as these scammers did? How many $50 and $100 investors did it take? Or was there a higher minimum amount? I know everyone wants to be part of the movie business, but investing through telemarketing is madness! I have no clue how these guys did it never mind the massive paper work follow up to convince these phone investors with contracts to finally receive the checks. Mind-boggling indeed! 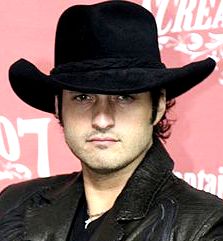 and-sniff cards given to the audience as they enter the theater. Whenever there is something to smell in the movie or a character smells whatever, then you get to scratch an accordingly numbered aroma on your sniff card…and enrich your movie watching experience!

I admire Rodriguez and his early passion to break-in and I have enjoyed some of his earlier bravado films, but Robert baby, I have zero interest in adding aroma-scope to my film viewing pleasure. I’ll pass on the smellorama! There is enough flatulence jokes in teen slacker movies, I will take a pass on smelling them too!

One Response to Film Scams and Aroma-Scope!