The Honor of a President’s Moral Grace

I believe we are an incredibly lucky people and an honored nation to have this man in the White House. And many of us, do not deserve him. As much as I applaud and admire debate and hearing all sides on issues, we are dealing with such bottom of the barrel mentally-challenged hateful rhetoric on the Republican side that I believe they have not earned the privilege of President Obama’s leadership. They can disparage and disown him all they want, but in the end, they do not deserve him.

They have indeed created the “circus” of congressional squabbling and paralysis we all despise and are already accusing him of giving us an empty lecture rather than making a visionary call-to-action speech…because they don’t know what else to say and must oppose him no matter how obviously bright and inspirational he is as our leader. The most fun part of the speech last night was watching the Boehners and the Cains and the McConnells as they writhed with obvious inner panic of what possible rhetoric crap can they come up with to oppose the president’s rational wisdom in designing the much-needed American Jobs Act to improve our economy. 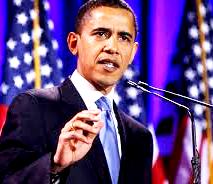 But he left them not a morsel of squirm as they secretly fear that no American is silly enough to listen to their nonsense or can’t see what is so obviously the right choice to anyone with half a brain. Regardless of the constant daily criticism he endures by all who oppose him no matter what position he takes, regardless of the cowardly attacks by irrational divisive people who offer nothing except constitutional babble, regardless of the disconnect we are having with a crazed Tea movement – led by a Bachman who insanely preaches God punished us with Hurricane Irene because of our government ineptness (WHAT?), and a Perry who stuns the world by allowing us to glimpse his dangerously deficient IQ when denying the validity of “science” itself (double WHAT?) – we are truly honored by Obama’s inspiring intelligence and unbending decency.

The cream rises above the sewage, above the vomit of idiocy…and the President brings not only honor but rationale, hope, optimism, and a fierce leadership and belief that America’s best is just ahead of us. How does he do it? What a display of a granite-strong inner core and show of moral guidance to stay above the fray and focus on being president. His genuine belief in all of us – all that we have achieved and still can do – and his vision of what is best for America, honors us with his genuine moral grace.

But isn’t this why we elected him? For the decency and bright mind he brought to our table? Weren’t we all so fed up with the stench of the previous eight years of utter mediocrity and mismanagement in the White House? How quickly we forget. We are a fickle nation.

Mr. President, you’ve asked all of us who agree with your ambitious plan to raise our voices…let mine be heard loudly. Bravo Barack! Four more years!

One Response to The Honor of a President’s Moral Grace