As I noted in my memoir, for me, the TV show WIPEOUT is the symbolic beginning of the end of American civilization. Whatever smarts we had, whatever dignity we had, it went out the backend sphincter of this show. To clobber and smash and bruise and cheer for people to literally physically “wipeout” was a new low in programming and certainly its footage must be in use as a recruiting video for Al Qaeda! If you were at war with us, wouldn’t you be encouraged by seeing what idiocy is a prime time hit in America? 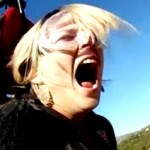 Well, now there is a new show that makes WIPEOUT look like chump change in the world of reality TV land insanity: 101 WAYS TO LEAVE A GAME SHOW. Have you seen this thing? Forget bruising and clobbering…let’s come as close to killing contestants as we can…for $50K of course! Let’s just blow those suckers up! I guarantee you this will be a ratings hit and kudos to ABC. Congrats to the Stuntmen Association for tons of prep work here to come up with stunts to scare the livin’ crap out of these contestants as they lose and exit the game show…but not quite kill ‘em!

Along with the Tea Party and inane right-wing Republicans paralyzing our country’s progress, this show is the symbolic beginning of the decline of the American golden age! BOOM!

One of the great thrills about filmmaking are the industry folks you look up to, the ones who inspire you, the ones whose next films you can’t wait to see, the ones you hope to meet and get to know.

I read a recent article in the LA Times about one of the hottest and most prolific directors, JJ Abrams, whose idol is Steven Spielberg. Of course Steven has been a filmmaker hero to most of

my generation and I myself used to fantasize being best buddies with him. The only time I was ever in the same room with him was when he came to the American Film Institute to speak when I was a Fellow student there in late 1977. Also, one of my best friends, Joe Alves, was Steven’s brilliant production designer on JAWS and CLOSE ENCOUNTERS OF THE THIRD KIND.

What was touching about this article was to see someone as successful as Abrams who told the story of how as a young filmmaker he had the incredible luck of being hired by Spielberg’s company to frame-by-frame repair the frayed 8mm movies Spielberg had made in his youth? A super luck job?

Well, as I mention often in my new memoir, Kiss Me Quick Before I Shoot, luck is huge in building film careers and cinematic destinies, but making your own luck is the key…putting yourself in position to get lucky. Abrams was a young hungry filmmaker who was 15 when his home movie played at the Nuart Theater in LA during a Super 8 festival of young filmmakers, and when interviewed, he mentioned his idol: Steven. By being an ambitious young filmmaker who made a film and entered this festival, he put himself in position to get lucky. Out of the blue, he gets the dream call from Spielberg’s office (who had just finished RAIDERS OF THE LOST ARK) when someone on his staff had read (a lucky newspaper day?) about Abrams’ home movies at the fest. They bring him in to meet Steven. JJ got hired!

They become friends through the years, and now, Spielberg is the producer of JJ’s big summer movie SUPER 8. Yeah, it doesn’t happen to everyone, but it’s great to know it happened for JJ Abrams…who made his luck happen. Cheers to both and good luck with the movie JJ and Steven.

Hello and welcome to my blog.
This memoir – Kiss Me Quick Before I Shoot – is unconventional because it deals with diverse topics from the wild and crazy behind-the-scenes stories of a Hollywood filmmaking career to finding and celebrating true love including the amazing journey of a cutting-edge leukemia treatment for my wife Jacqui which healed her, and for which I am so very grateful. This is what inspired the memoir. 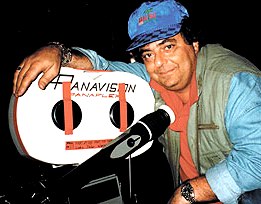 This blog will also be about diverse topics: my take on the film industry and entertainment news to my observations about politics and relevant fun stories in the zeitgeist of our world.

I welcome your feedback and participation, and wish you all well in your endeavors, good health, and easy laughter.
Enjoy the read.