Gobbledygook! It must be an election year!

When Romney was MA governor and fought hard for healthcare reform, he said it was absolutely the right thing to do and he’s proud of it. Now that he’s running for president and needs the baggers who hate healthcare (or anything Obama-ish), he’s squirming by saying it should be a state issue, not Fed! Oh, so it was a great idea for Massachusetts but not for the rest of America? Here comes the gobbledygook! It must be an election year!

Do candidates really believe we will never catch their lies and double-talks? Caught red-handed with accepting $30,000 in Fed funds, Bachmann ridiculously justified that the 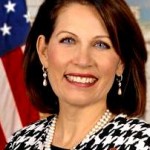 money was used by her husband’s counseling clinic to help his employees get training and did not directly benefit her?  Hello? That’s a valid answer? But that’s exactly whom these  Federal funds were supposed to assist. Her hubbie’s clinic was more than happy to use the Fed training money that she abhors publicly? More gobbledygook?

Farm subsidies? Bachmann says the family farm is owned by her in-laws (not herself) so that’s OK for them to receive the $260,000 Fed subsidies she is railing against? Is she that dishonest? Her financials revealed a six-figure income from that same “in-laws owned” farm. Is she mentally challenged or does she think we are? More gobbledygook? Don’t her supporters see or care to see her glaring hypocrisies and outright lies?

When confronted with these moronic statements, Bachmann panics and hides behind religion exclaiming she’s a Christian and that God steers her political course. What? She now thinks religious people are stupid? Michele, please don’t blame God for your irrational behavior. Even conservative newscaster Chris Wallace asked her on a recent interview if she was a flake. I’m pretty sure God doesn’t like flakes who outright lie. How much hypocrisy can we allow? Who would wish to elect a true flake as our leader? The ’08 Palin close call was not enough to terrify us? Why do we set so low a bar? How did we get here in America? Even tea baggers are smart enough to see these lying irrational explanations. Aren’t they? They MUST be!

And the most promising, wise, intelligent, rational GOP candidate with the proper experience to be president, Jon Huntsman, is not even being considered because he is too…too…well, too intelligent and rational and fair-minded for the baggers to support. They can’t back him because he believes in something as outrageous to them as…as…evolution? They prefer a numbskull and lying Bachmann over a bright and rational Huntsman as a presidential candidate? Crazy? Insanity? It must be an election year! Gobbledygook!

One Response to Gobbledygook! It must be an election year!