The Good, the Bad, and the Hollywood!

Back in 1997, a headline news story made all film wannabes’ jaws drop to the floor. I remember the story became the stuff of legend and even managed to catch my attention though I was deep in production at the time. It was one of those “wow” film tales that captured everyone’s imagination. 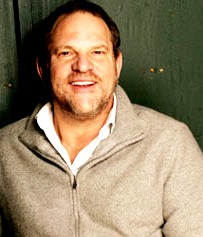 Good ole Harvey Weinstein, co-honcho of Miramax Films at the time, the master of promotion and churning up industry news, had done it again. The story was he had discovered a wannabe’s script, optioned it, agreed to let the writer direct it, agreed to let the writer and his band do the music score – and in a pure Harvey gold move just to sweeten the deal – he agreed to “buy the Hollywood bar” for the writer who was working there as a bartender. BAAAM! The cinema dream machine and pot of magical gold was alive and well, baby! Every wannabe exhaled on that one! Hollywood fairy dust had landed on some new wunderkind. Applications to film schools must have tripled soon after. Magic was indeed possible! That was “the good” part.

Well, I just found out. A documentary had been made of this crazy story, appropriately titled Overnight – and by random chance I stumbled on it recently on the Documentary Channel. To my shocking surprise, I see that this guy – the writer – whom I (and everyone else in the industry) had thought was some gifted deserving-of-fairy-dust genius to whom lady luck had come knockin’ in the guise of Harvey baby, was actually (as seen in the documentary) an arrogant, uncouth, unlikable low-lifer. I won’t honor him by naming him, his film title, or the bar’s name, but if you see how this guy behaves and what he says in the doc, you would not believe the Hollywood gods would ever drizzle the magic dust on this undeserving egomaniac. It will shock you to see who this once “super lucky” guy really is, and how disloyal he is to his friends and band members who stick it out with him through the ordeal. The magic had landed on the wrong guy. This is the “bad” part.

The film does not interview Harvey (though I’m sure they tried) and so it remains an enigma as to what happened on his end. Most of the film is about the writer never hearing back from Harvey and how this fairytale turns into a nightmare of frustrating silence for all players involved. I know Harvey and I’m friends with his brother Bob for whom I directed the last of the Children of the Corn franchise. My relationship with them started when they bid for distribution rights to my first film Retribution which is detailed in my just-published memoir Kiss Me Quick Before I Shoot.

Knowing the man, my educated guess is that on a whimsical evening, when the stars were lined up just right, something about this script caught Harvey’s attention – maybe the commercial appeal of its Bostonian street gang storyline – and he offered to buy it. When the writer said he also wanted to direct and do the music, the sometimes supremely generous and affable good-guy (yes the Harvey I know!) said OK. After all, he knew this was going to be a low budget flick (read: low risk). And then, since we are talking about one of the greatest showmen of our time, one of the very best at generating publicity for his projects, when Harvey finds out the writer was broke and barely surviving as a bartender, the wizard of marketing says: “Hell, I’ll even throw in this bar where you work…I’ll buy it for you. It’s yours!” WHAM! Hollywood lore in an instant! And don’t think for a second he didn’t know it would create great publicity for him and the project. The man was born wrapped in a press release!

In my opinion, Harvey probably just lost interest in the project. Or he got to know the writer and lost faith in the guy’s talents. Or he just got busy with much bigger projects as Miramax was growing by leaps and bounds at the time and released Jackie Brown, Cop Land, and Good Will Hunting that same year. Shakespeare in Love was on deck and about to make Oscar history for Harvey.

Now comes the “ugly” part – the “Hollywood” part. Since Moses (I mean Harvey) had chosen this script and bought the writer a Hollywood bar for crissakes, for a millisecond, he was the hottest guy in town. Vultures (I mean agents) came swooping down to the bar to court this guy and sent their stars to cajole him into casting them in this movie – whatever the hell it was. When something is hot, everyone wants in regardless of what it is, or how good or bad the script may be. Who cares? Must be great if God himself bought the damn bar for the writer, no? This bozo was getting serenaded by the Hollywood créme rushing to kiss ass and pal with him at his “new” bar. Major stars were sucked into this maelstrom and came soliciting. Good fortune can sure be intoxicating. Crazy!

The ugly part is when Hollywood turns on you. When it presents the gold but then pisses on you instead of delivering it. When it inflates egos and unleashes everyone’s dark side. And this doc shows it – warts and all. Eventually, Harvey let it go, the project went into turnaround, and no agent could get any studio or producer to pick it up – a testament to how lousy the script must have really been. Except one – probably one of those nightmare indie companies that says yes but means no, and delivers one-tenth of whatever budget they agree to. Such producers suck the very marrow of joy out of filmmaking. The film was eventually made for a smaller budget than had been planned but I don’t recall ever seeing it distributed and no one I know has ever heard of it. The writer blew every opportunity that seemingly was opened for that millisecond. Or was this truly a classic film biz tragedy and this poor guy never had a chance in front of the Hollywood bulldozer which started as Harvey’s momentary whim and loony marketing ploy?

You should see Overnight and decide for yourself. The writer has disavowed the documentary and I guess was pissed they made him look so bad though they didn’t have to try very hard. I highly recommend this doc as a sobering reality check for all wannabes and as a mandatory “how not to behave” screening for the graduating class at every film school. On his website, I just read the writer was now trying to raise donations for a local food bank. Maybe the guy got humble. Maybe he’ll become famous for almost being famous—hey, then maybe he’ll qualify to date a famous-for-nothin’ Kardashian!

Maybe they’ll make a movie of this tragic story. I smell a blockbuster, and there’s this bar I’d like to own! Welcome to the Good, the Bad, and the Hollywood!

2 Responses to The Good, the Bad, and the Hollywood!